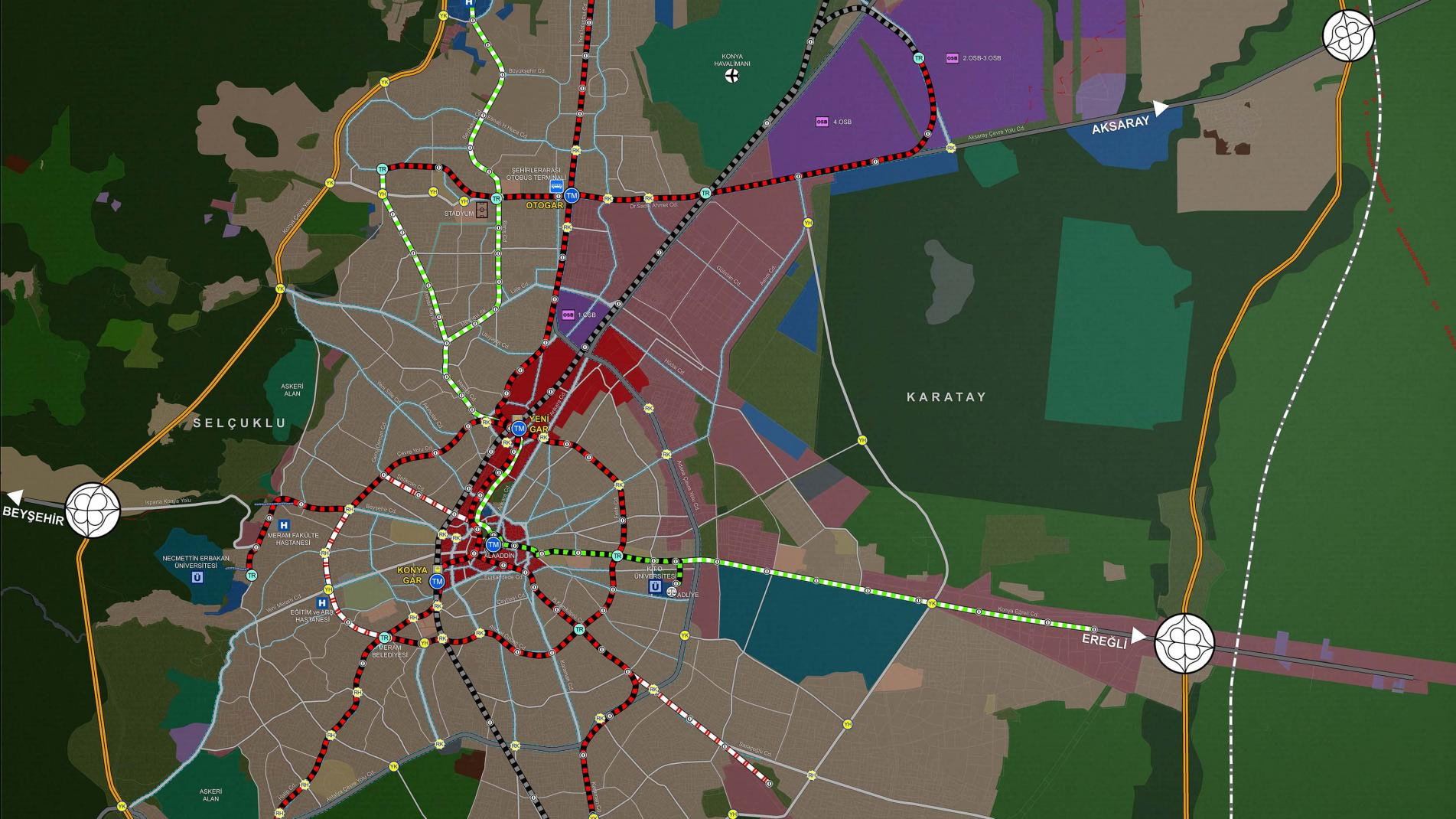 The work on the Konya Metropolitan Area and the neibourhood Transportation Master Plan (KONUAP) started in 2012 and was completed in 2014 with the approval from the General Directorate of Infrastructure Investments (AYGM) from the Turkish Ministry of Transport and Infrastructure. Then, in line with the investments planned by the Turkish Ministry of Transport and Infrastructure and related municipal units regarding the city center of Konya, a need arose to review the transportation master plan decisions and make revisions where necessary. In this regard, the KONUAP study, whose target year is 2030, was updated in 2015. 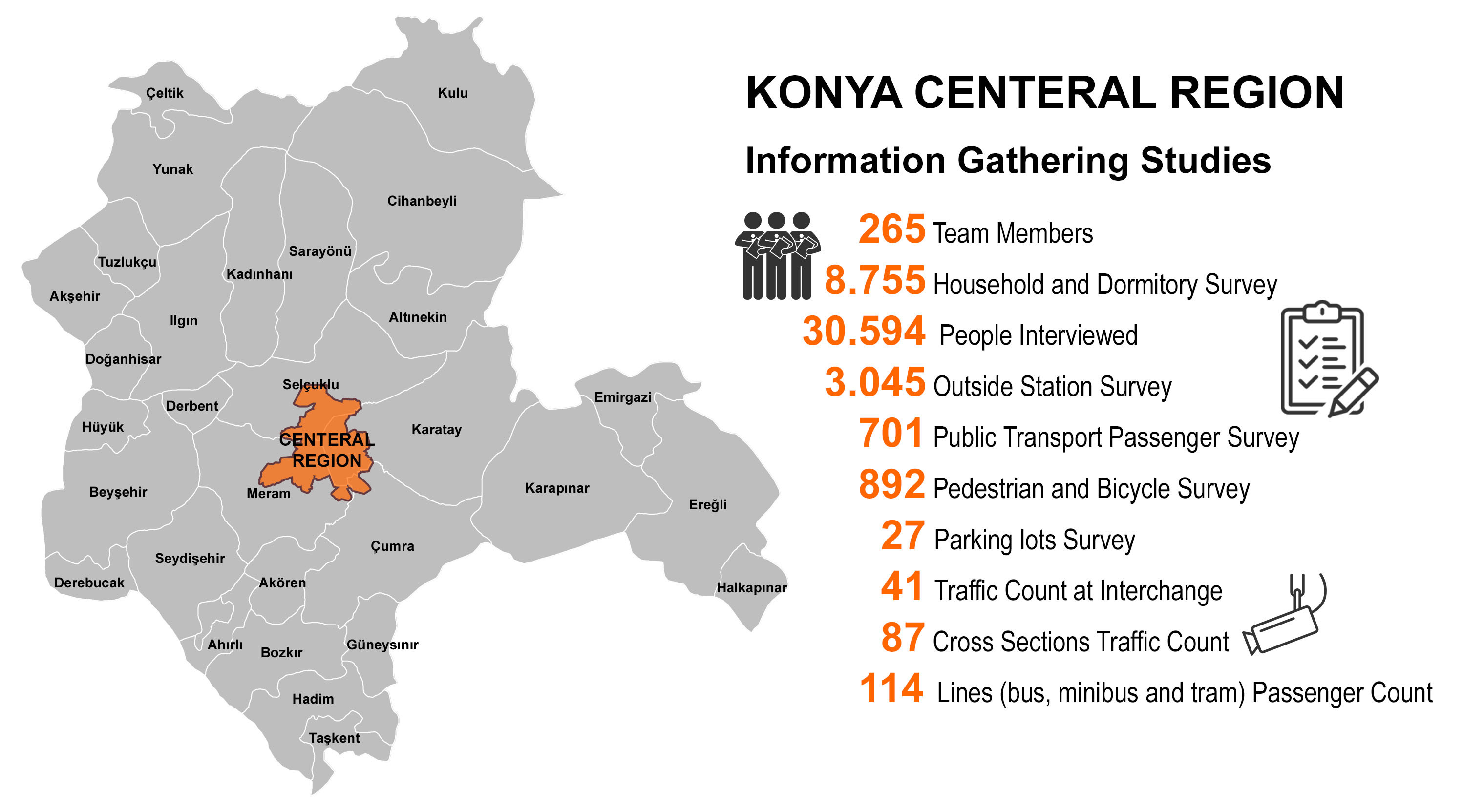 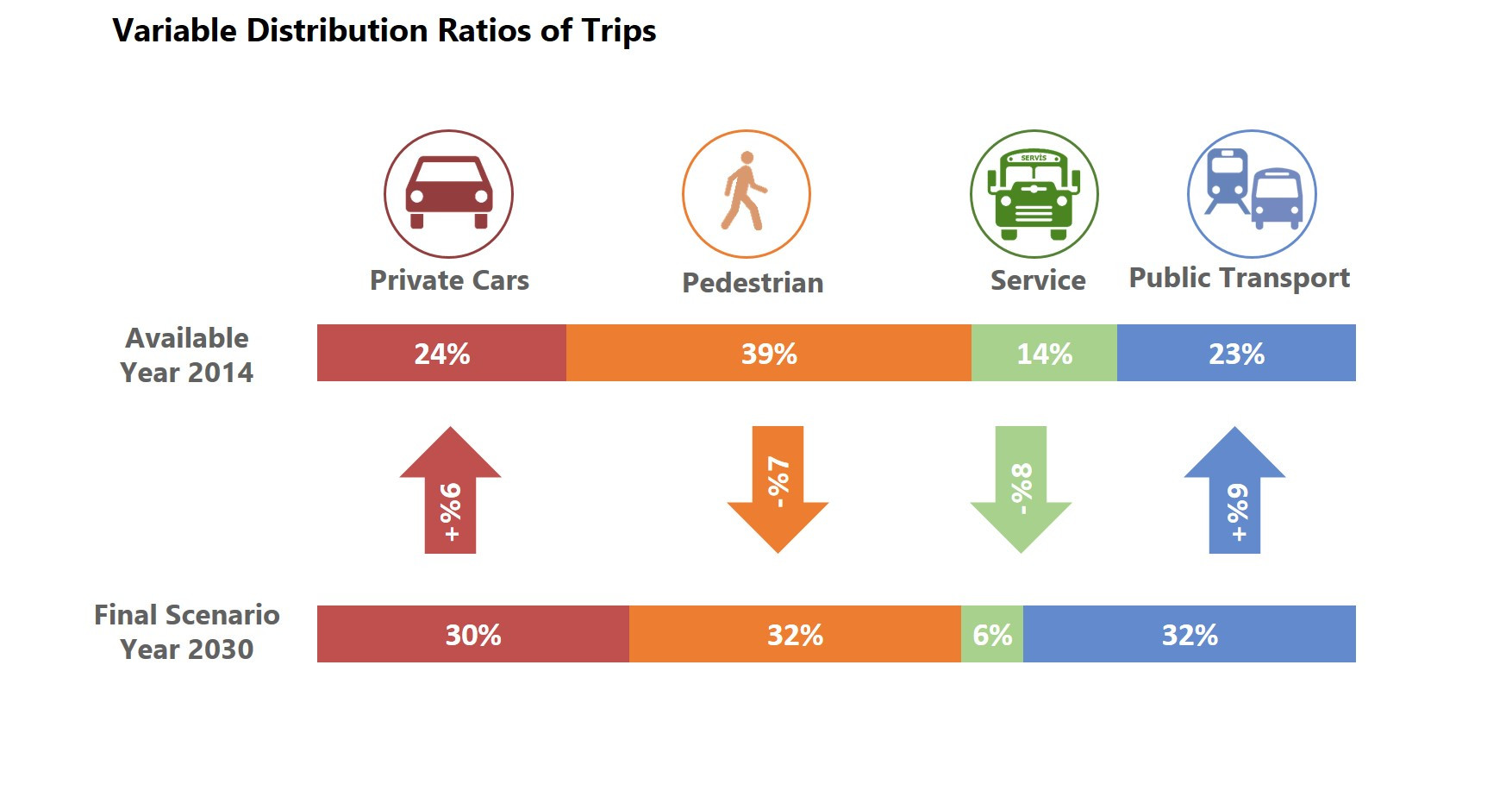 With the KONUAP study, the necessary transportation investments and their priorities; operating and management policies and principles of the transport and traffic system; As of the target year, it was ensured that the travel demands expected to occur in the short, medium and long term could be met with public transportation priority transportation. In the Konya Transportation Master Plan, regulations and suggestions have been developed under the following topics:

Within the scope of the Master Plan, priority rail lines of the proposed transportation network have been identified and preliminary projects have been prepared.