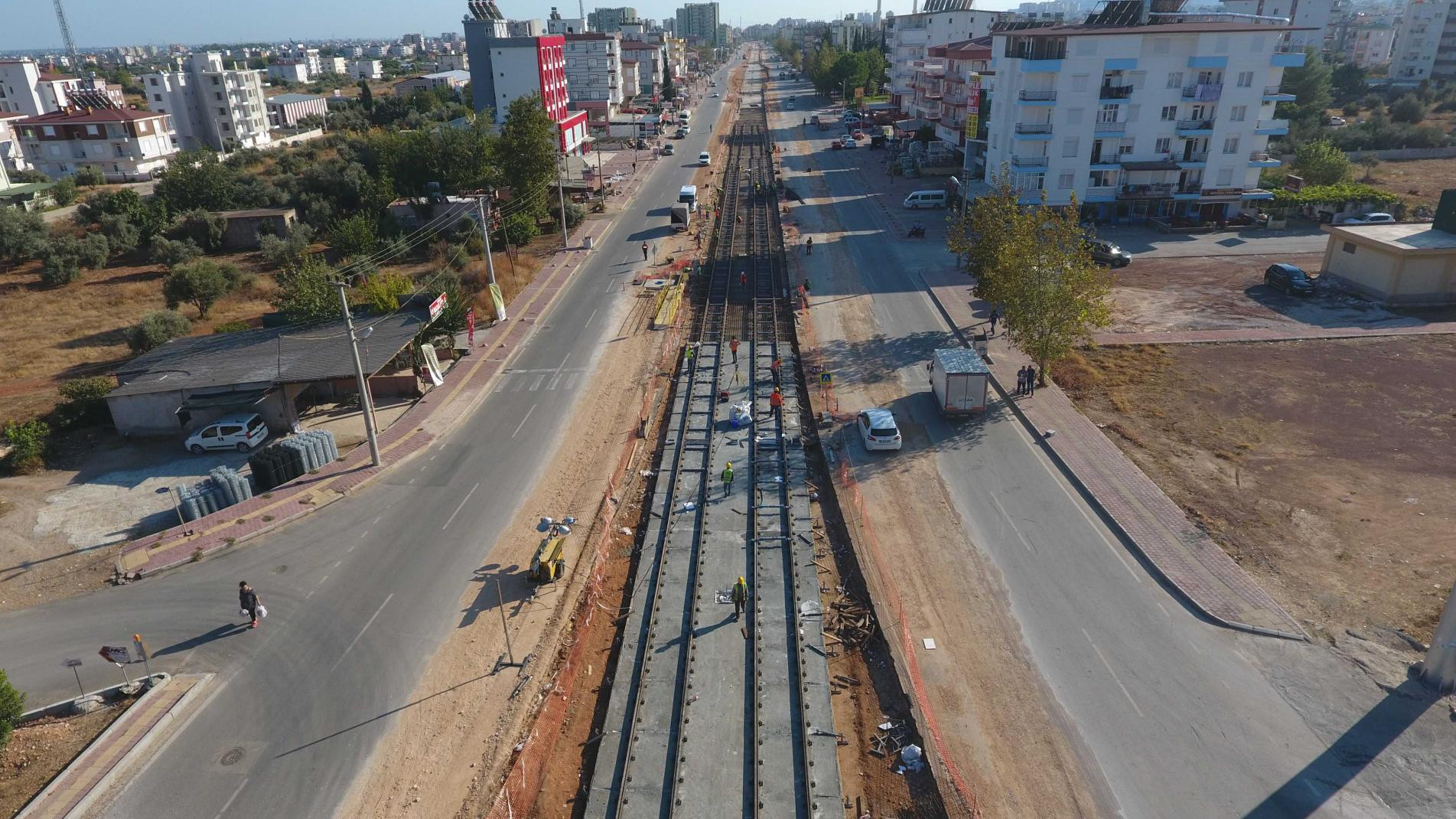 In the first place; The first station near the Varsak Cemetery and Olympic Swimming Pool follows the Süleyman Demirel Boulevard and continues in the south direction along Yeşilırmak Boulevard. It turns west from the junction of Sakarya Boulevard and reaches West Station (Existing Bus Station). It integrates with Fatih-Airport-Expo Line, which is the existing rail system line at Batı Station.

In the second stage; It follows Dumlupinar Boulevard from the West Station and stops by the shopping center, Iller Bank and Akdeniz University. it turns east on Meltem Boulevard and reaches the Training and Research Hospital. Currently, the line, which is also operated as a single line between the Museum and Zerdalilik and called the ost Nostalgia Tram, has been proposed to be extended from the Museum station to the Training and Research Hospital by following the Tarık Akıltopu Street and Meltem Boulevard. It is planned that the Museum-Zerdalilik section of the line will be a double line and this transformation will continue as a single operation between Varsak-Zerdalilik. 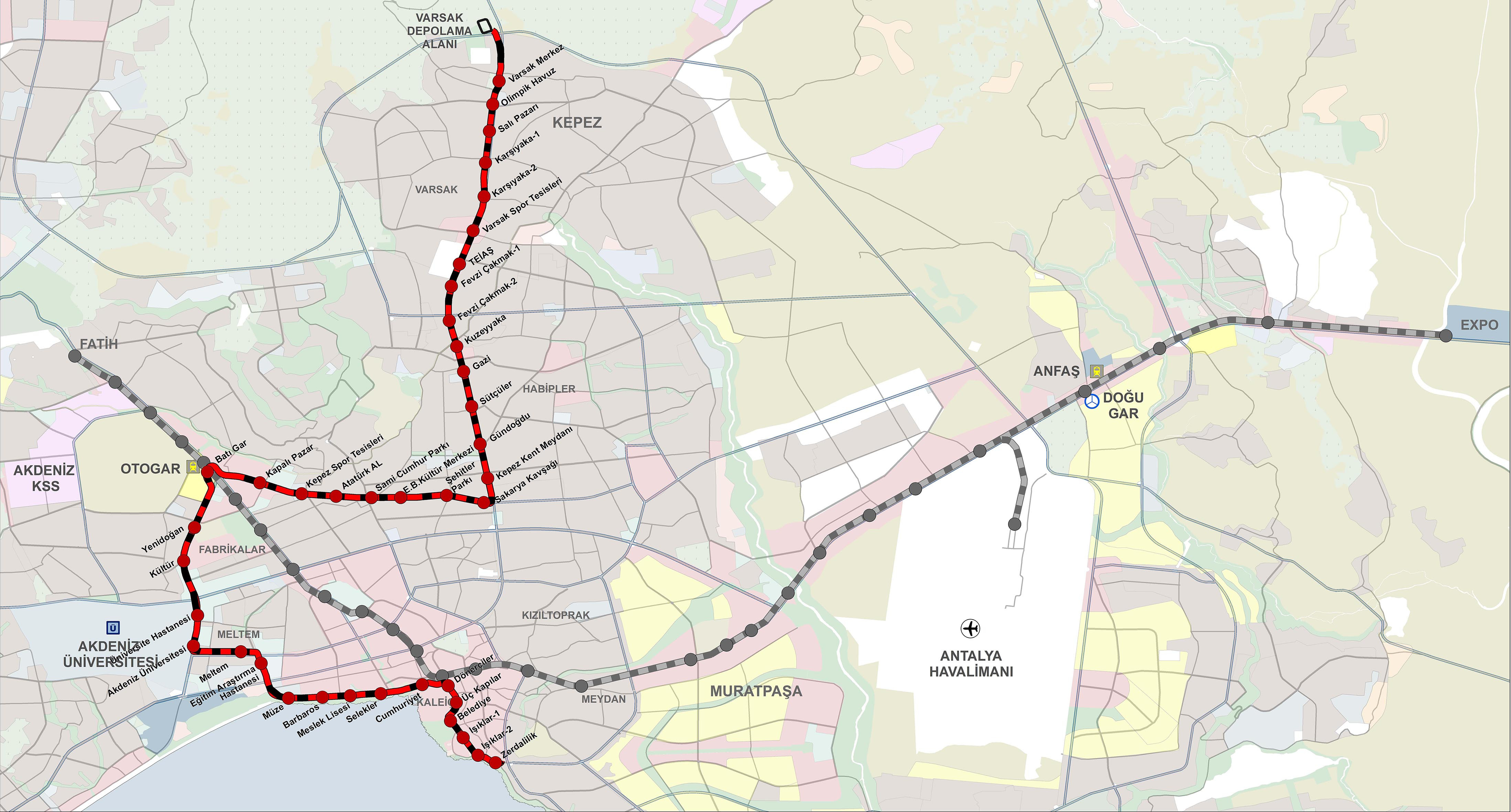 The 3rd Stage Rail System Project is approximately 24.9km with the main line and the Warehouse Connection Line which is 1km long and includes 39 stops. Within the scope of the work, 38 at grade station, 1 underground station (West Station) and connected open-close and tunnel structures, line structures, 13 transformer buildings, 1 road underpass, 4 road pedestrian overpasses, warehouse connection line and 1 warehouse (workshop and support buildings) will be constructed.

In the first phase, Varsak-Kepez Sports Facilities was completed in March 2019. ~ 13km line (including warehouse connection), 21 level stations and 2 pedestrian overpasses are planned to be used. In the second stage, it is aimed to complete the ~ 12km line, 17 level stations, 1 underground station, 2 pedestrian overpasses and 1 highway underpass between April and 2020 between West Gar-Zerdalilik.