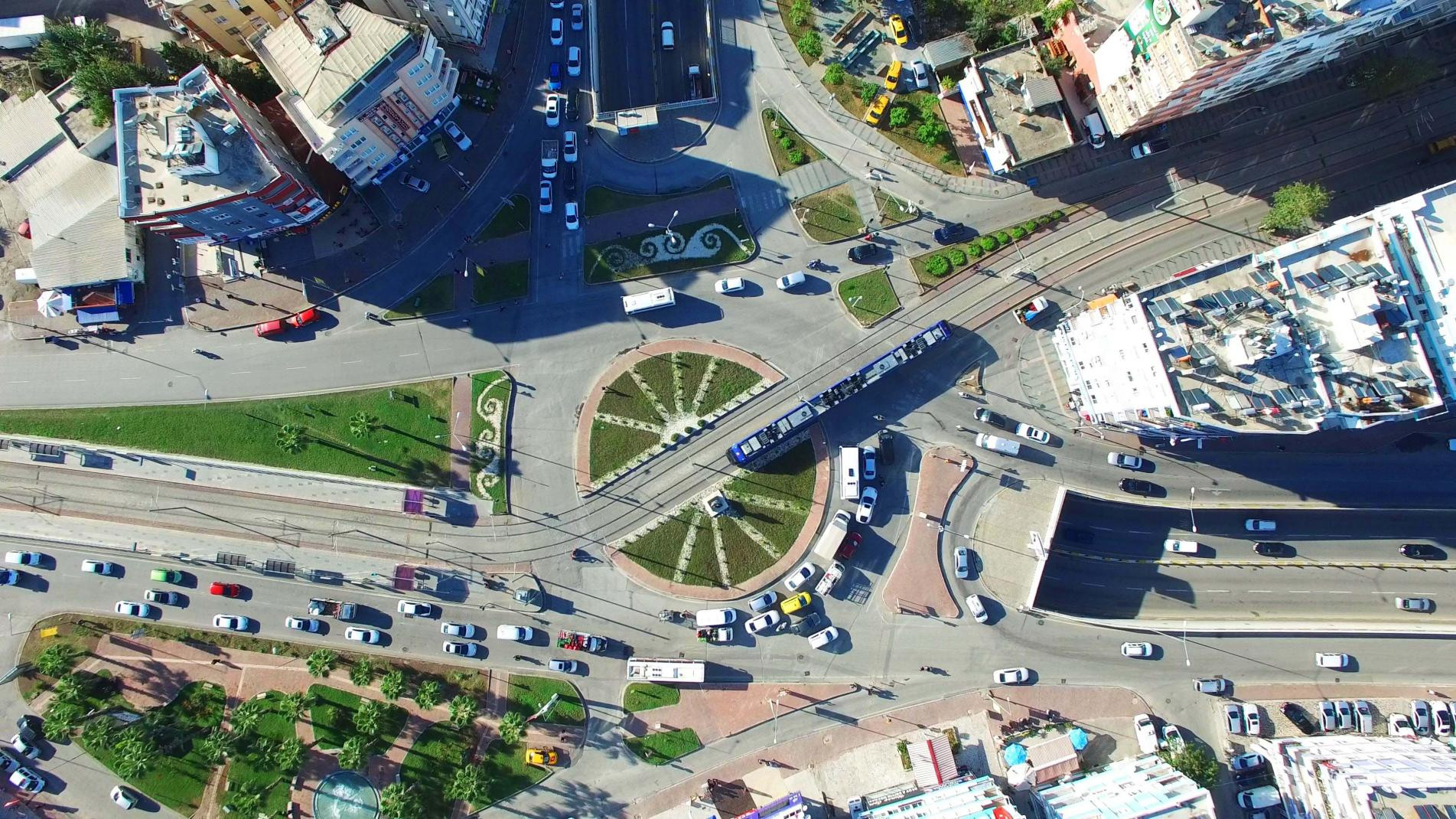 The main purpose of the Short-Term Transportation and Traffic Improvement Studies and Projects, carried out within the scope of the Service Procurement of the Antalya Transportation Master Plan (ANTUAP), which the target year is 2040, is to make the necessary arrangements on the highways and to be among all road users, including pedestrians, bicycles, public transportation and private vehicles to create a fair and safe road infrastructure for sustainable mobility.

In this study, traffic counts made at intersections and corridors determined by Antalya Metropolitan Municipality were analyzed, observations made at the intersection were summarized, and traffic simulation models of intersections were established and service levels were investigated. 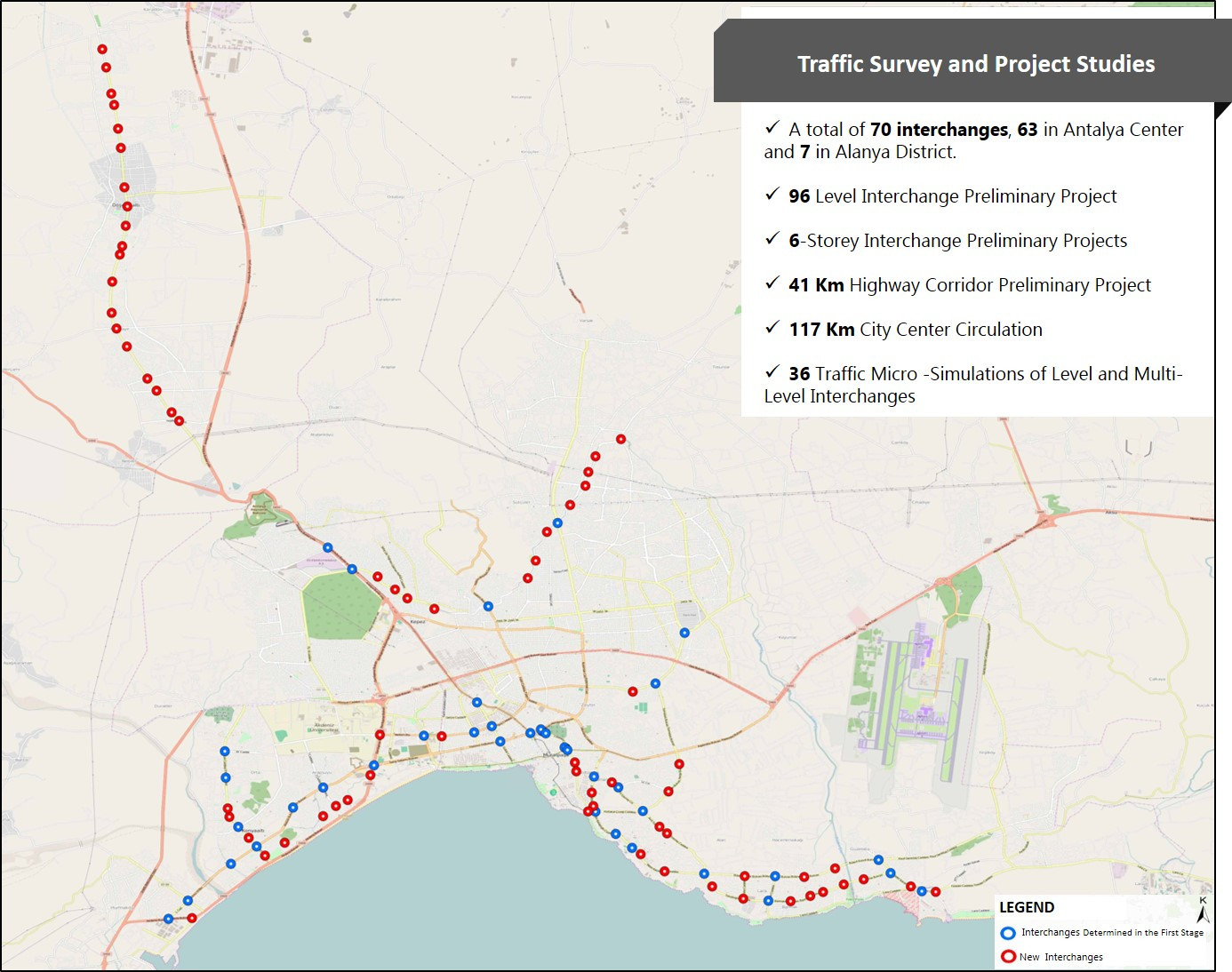 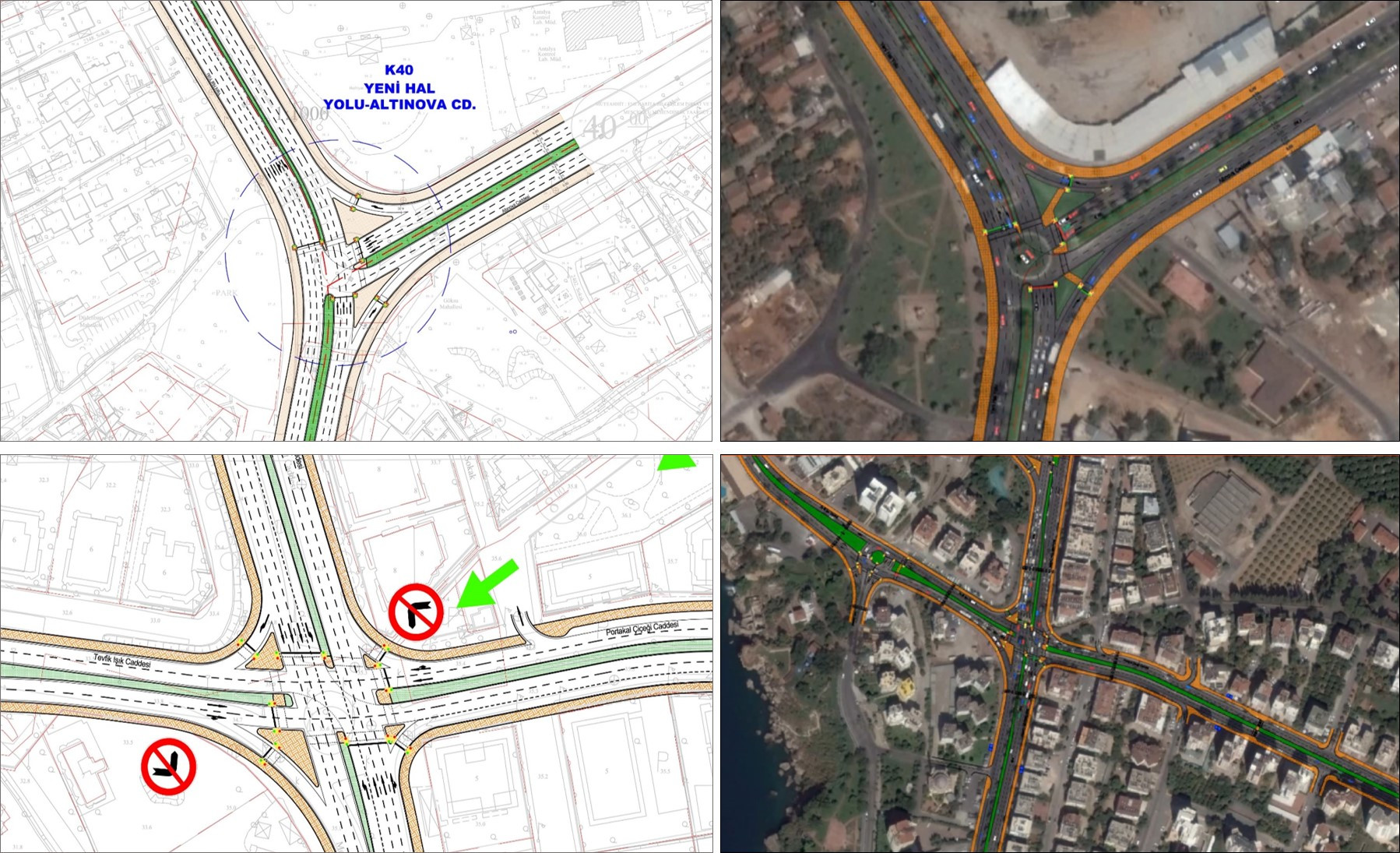 The circulation plan and proposal projects in the city center of Antalya were prepared. Within the scope of this study, the existing one-way-two-way decisions were examined and the proposal was made one-way, two-way, left turn prohibitions, etc. While the traffic circulation decisions are made to make the traffic more fluent and the traffic is calmed, the recommendations made on the road sections, pedestrianization, pedestrian zones, pedestrian priority zones, pavement expansions, bicycle paths, bicycle lanes, etc. pedestrian and bicycle priority recommendations were also developed. 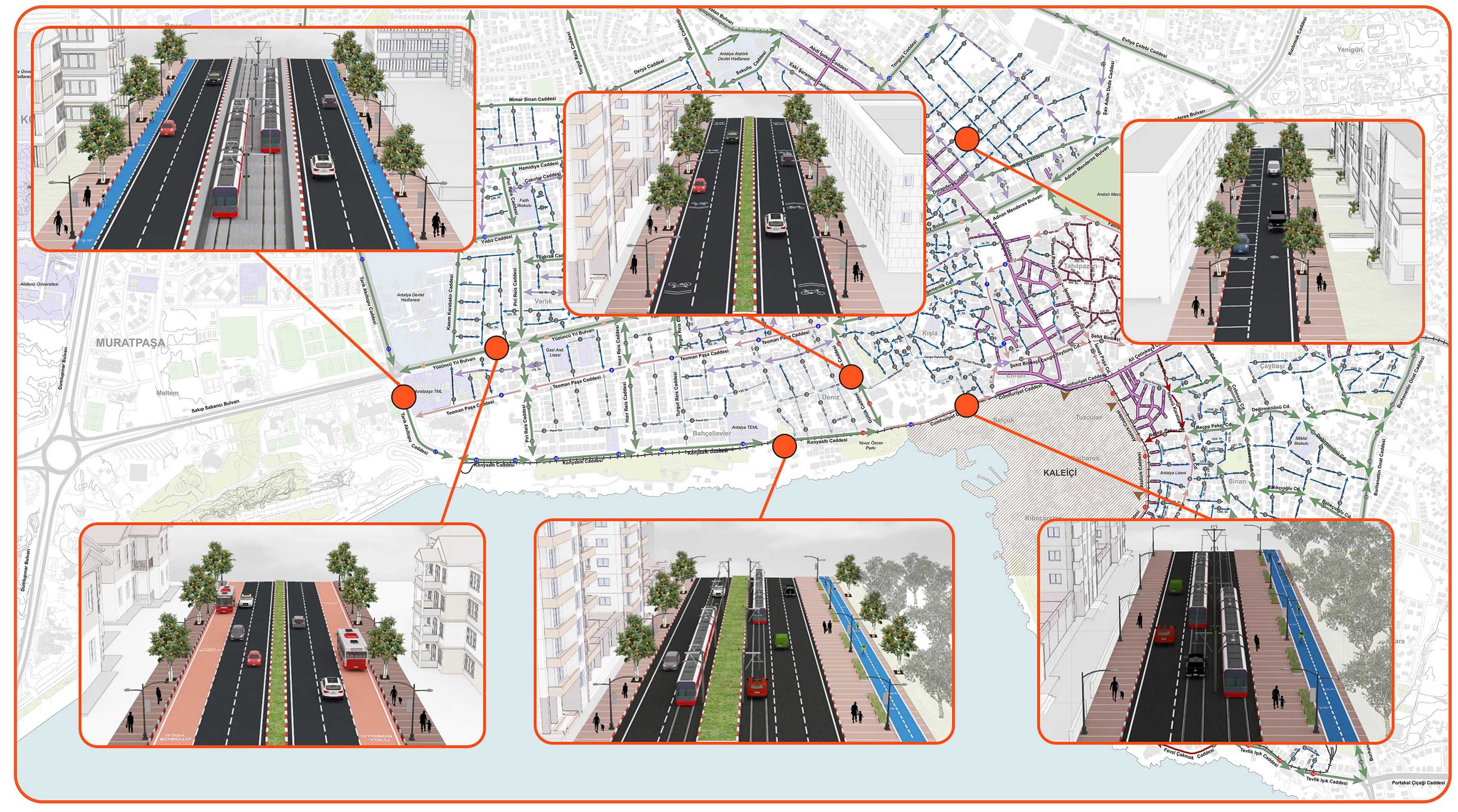