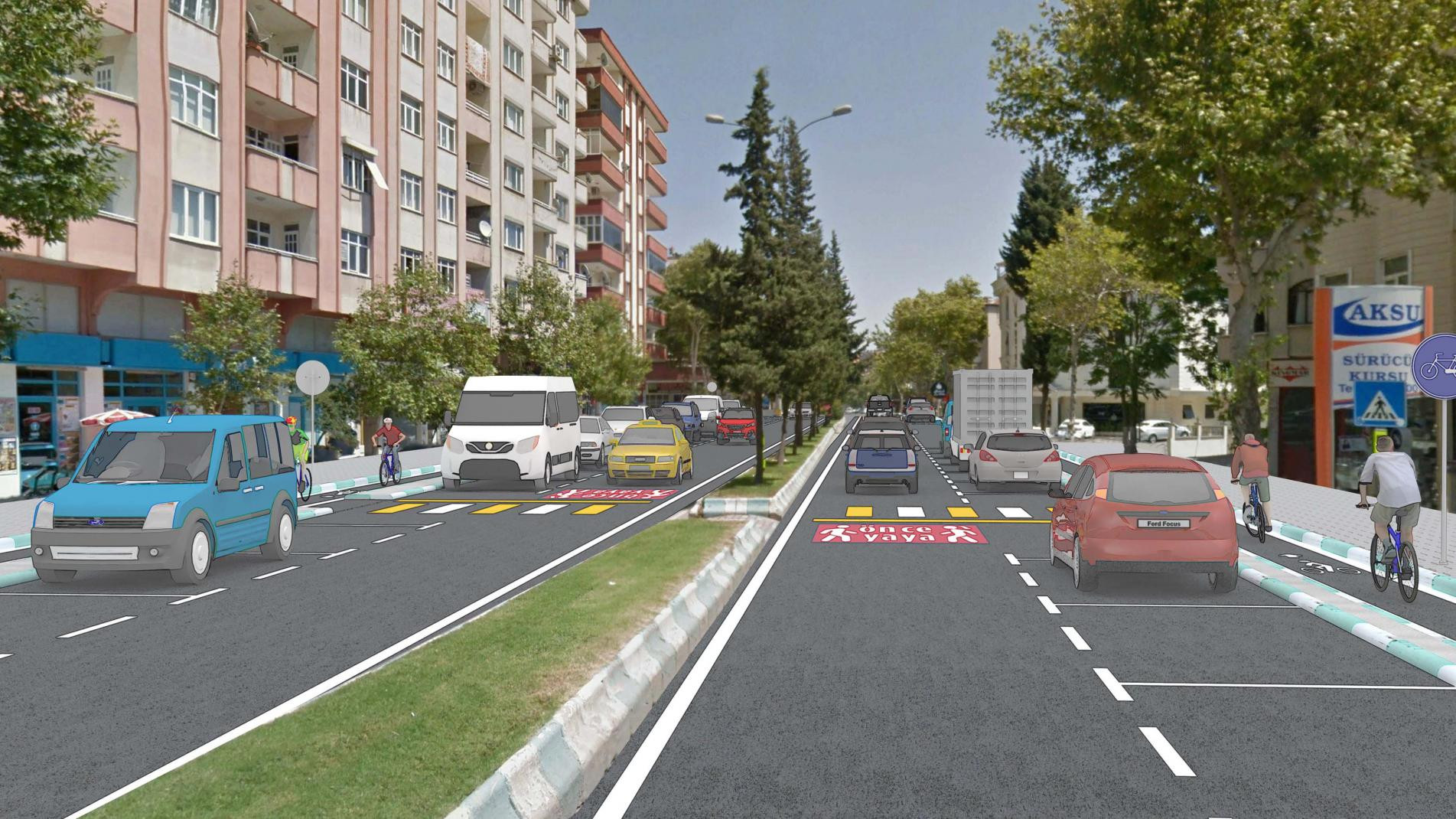 Within the scope of "Short Term Transportation and Traffic Improvement Studies and Projects", which is a part of Kahramanmaraş Transportation Master Plan (KAMUAP), concept project alternatives are produced for the elimination of bottlenecks in the intersections and corridors determined within the study area, and these projects are tested with traffic engineering tools; A fair and safe road infrastructure has been established in which all road users, including pedestrians, bicycles, public transportation and private vehicles, are taken into account.

In addition to the existing data within the scope of the study, interchanges traffic counts, video footage with a ground-controlled aircraft (drone) and field investigations were made to create inputs for traffic engineering analysis. A total of 62 intersection points were determined for the study area. 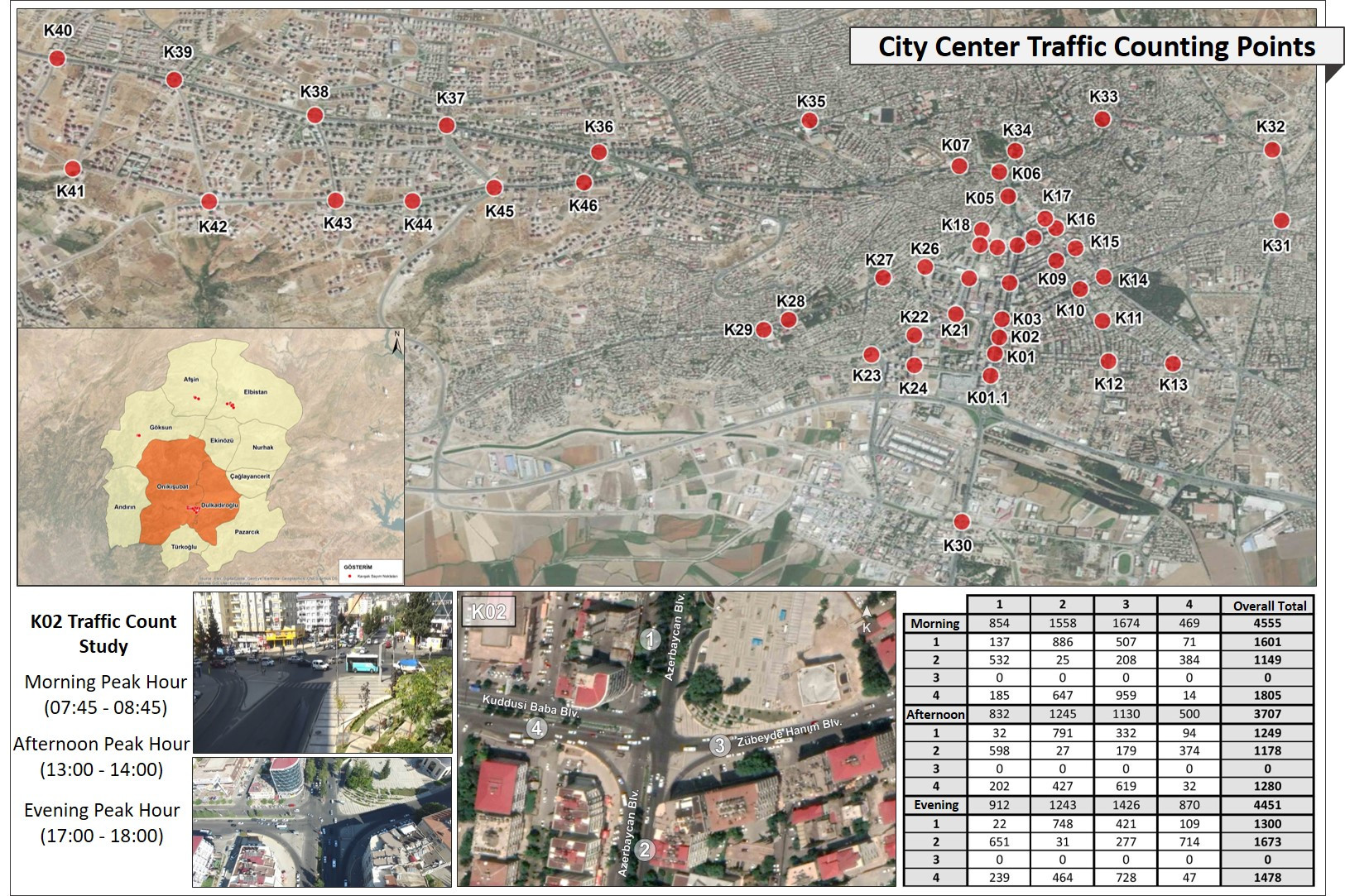