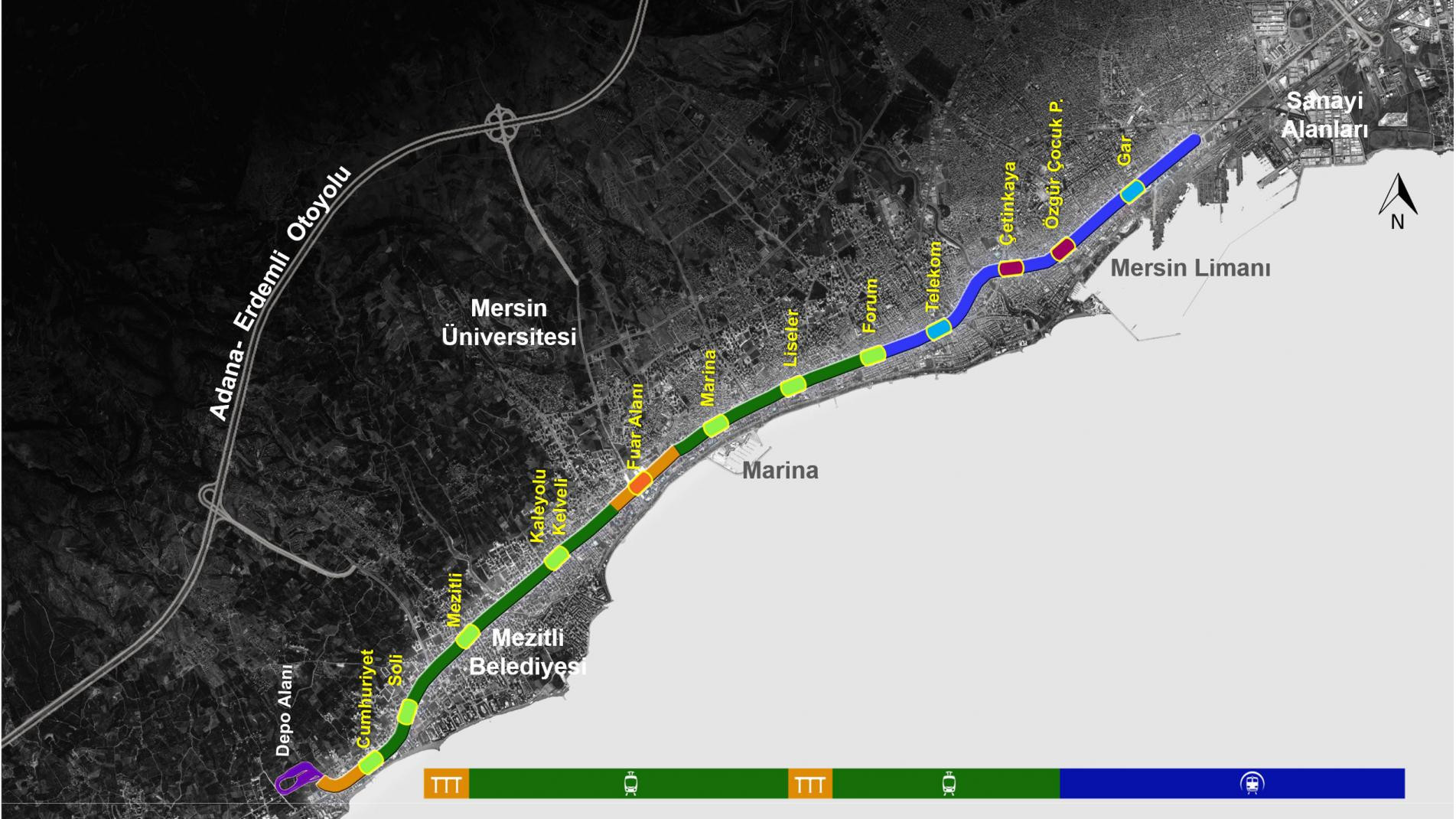 It is aimed to connect the west of the city to the city center with the Mezitli-Gar HRS Line provided for in accordance with the travel requests within the scope of the Mersin Transportation Master Plan. In order for public transportation to be a priority in the city, the transportation infrastructure has been envisaged as the first step of rail system line planning. Within the scope of the study, the following studies were carried out for the Mezitli-Gar HRS line;

As a result of the route alternative studies conducted, it was considered appropriate to prepare final projects of the Light Rail System, the feasibility of which was found appropriate in terms of travel values, and the Monorail alternative was not found to be applicable on the approximately 16 km line between Gar-Mezitli by the AYGM.