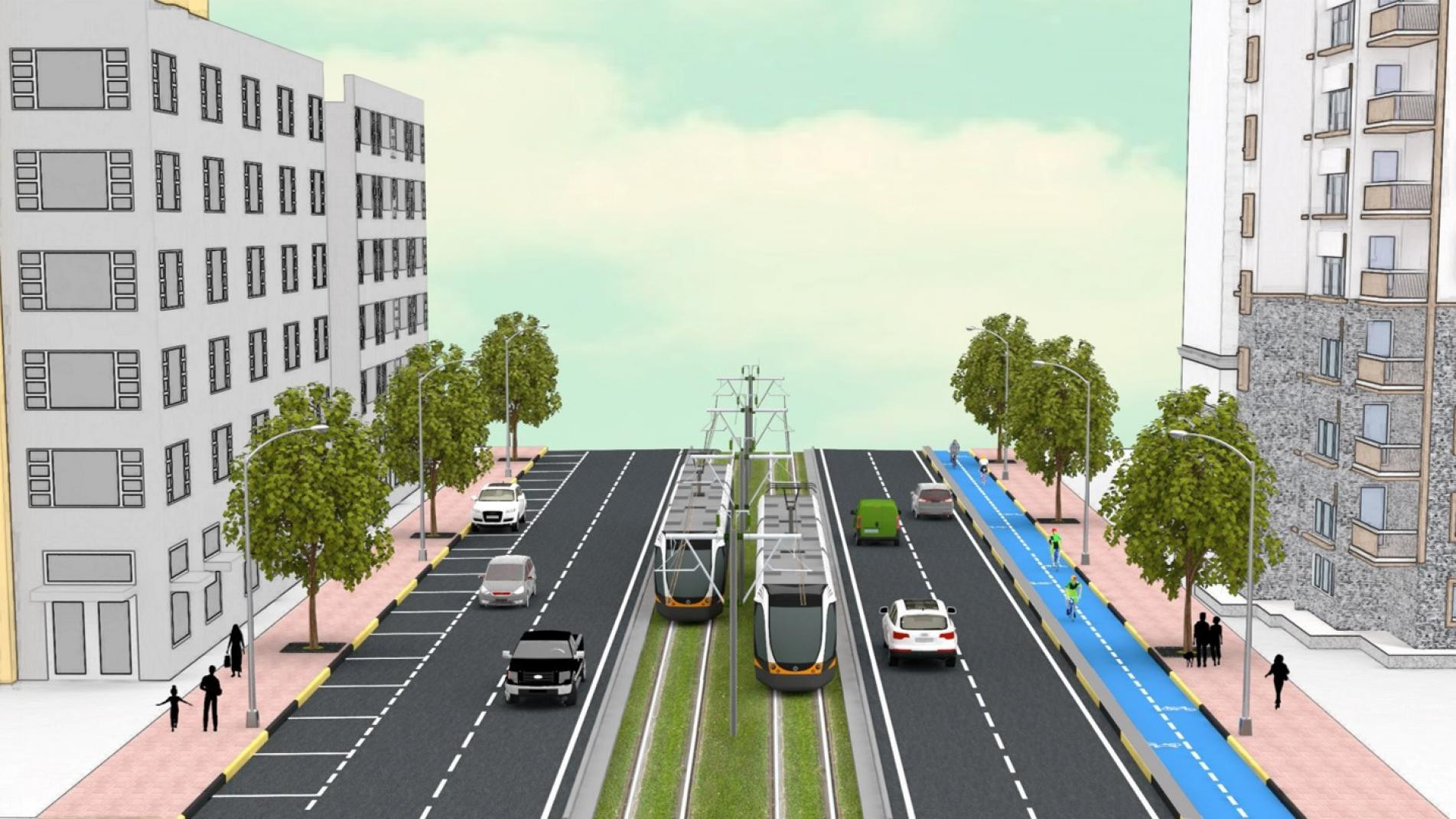 Within the scope of Gaziantep Transportation Master Plan (GUAP), which the target year is 2030, a series of alternative scenarios consisting of different types were created in the public transportation system in order to overcome the bottlenecks in accessibility, and after testing them in the model, the measurable and unmeasurable benefits and costs of all scenarios were compared; The scenario with the best performance was developed as the "Gaziantep Transportation Master Plan".

In order to determine the needs and priorities of the city, the transportation master plan scenario was staged in five-year periods. As a result, preliminary project and feasibility studies for the priority rail system lines (Gar-Duztepe-City Hospital Line and Gar-Gaziantep University 15 Temmuz Campus Line) were submitted to the Ministry of Transport and Infrastructure, General Directorate of Infrastructure Investments (AYGM). With the evaluation of the review notes prepared; the projects were found appropriate by AYGM. 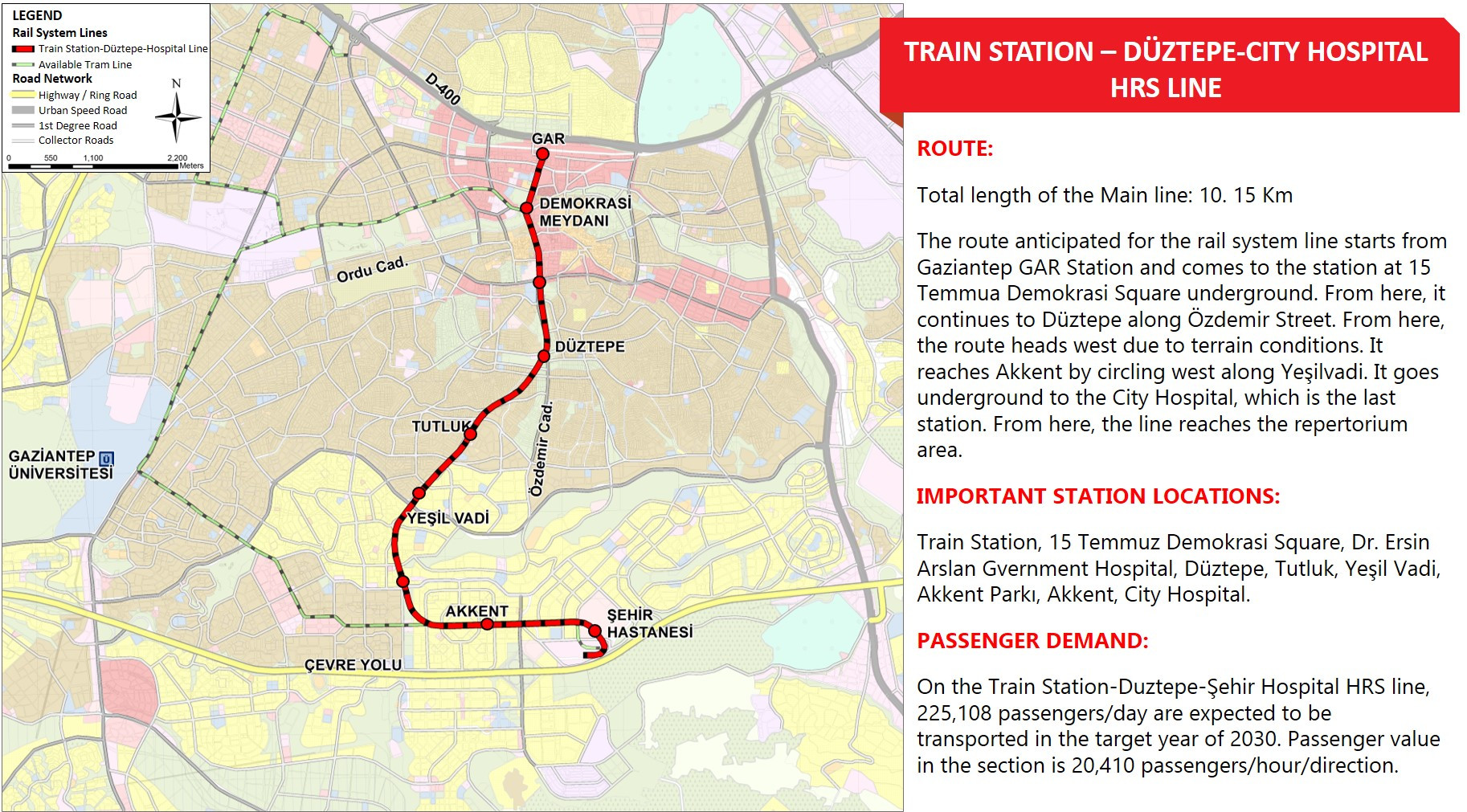 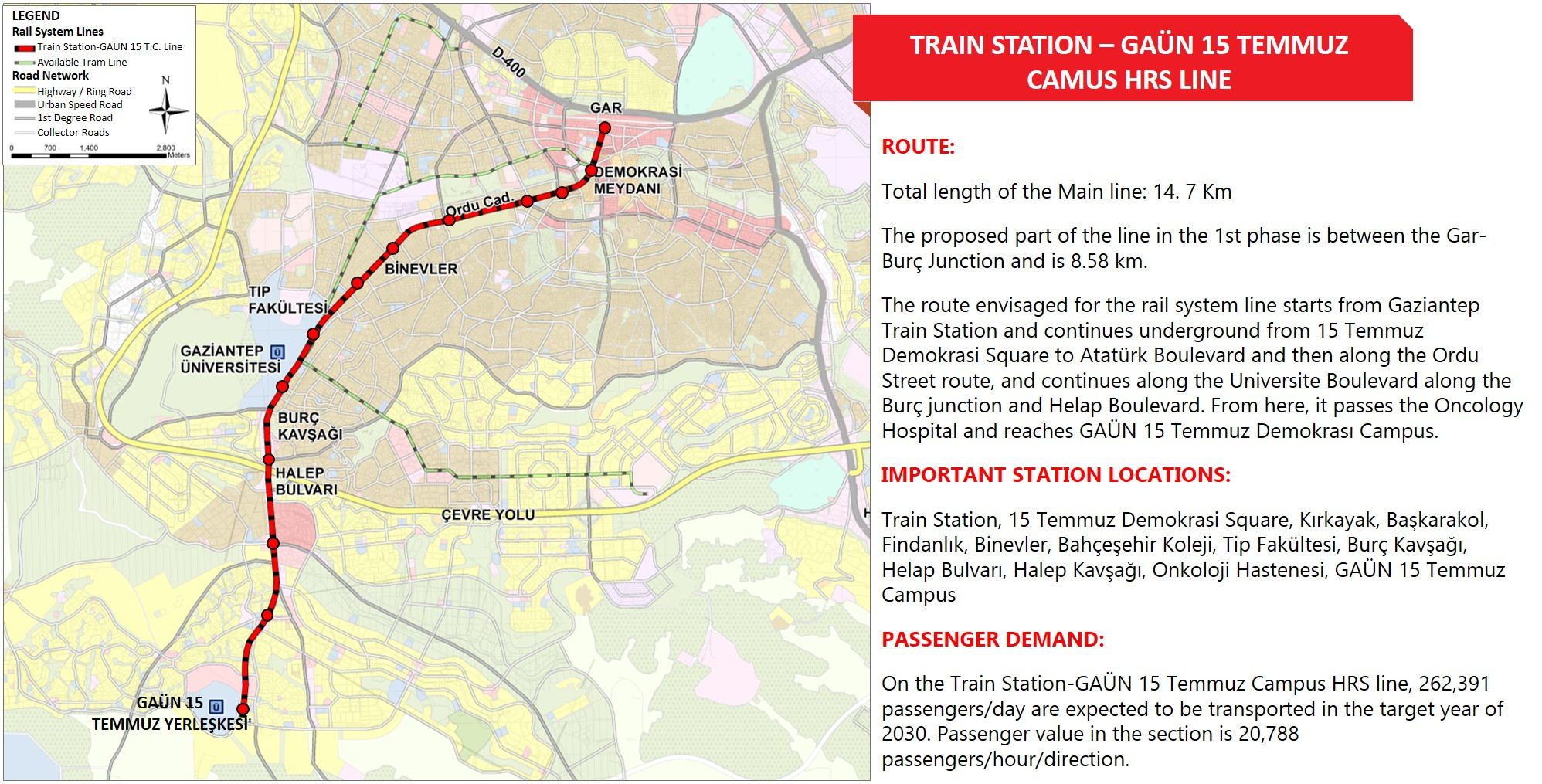 In the feasibility studies, the transportation survey study was included in which the model results for the prediction of travel requests were transferred. The projection year of the “Transportation Study” study is considered to be the year 2030, which is the projection year of the “Gaziantep Transportation Master Plan”. However, in order to evaluate the economic and financial situation of the investment, the results have been prepared in accordance with the target of 2050. The "sensitivity analysis" of the project investment was carried out by examining whether the proposed system is suitable from the "Financial and Economic" point of view.