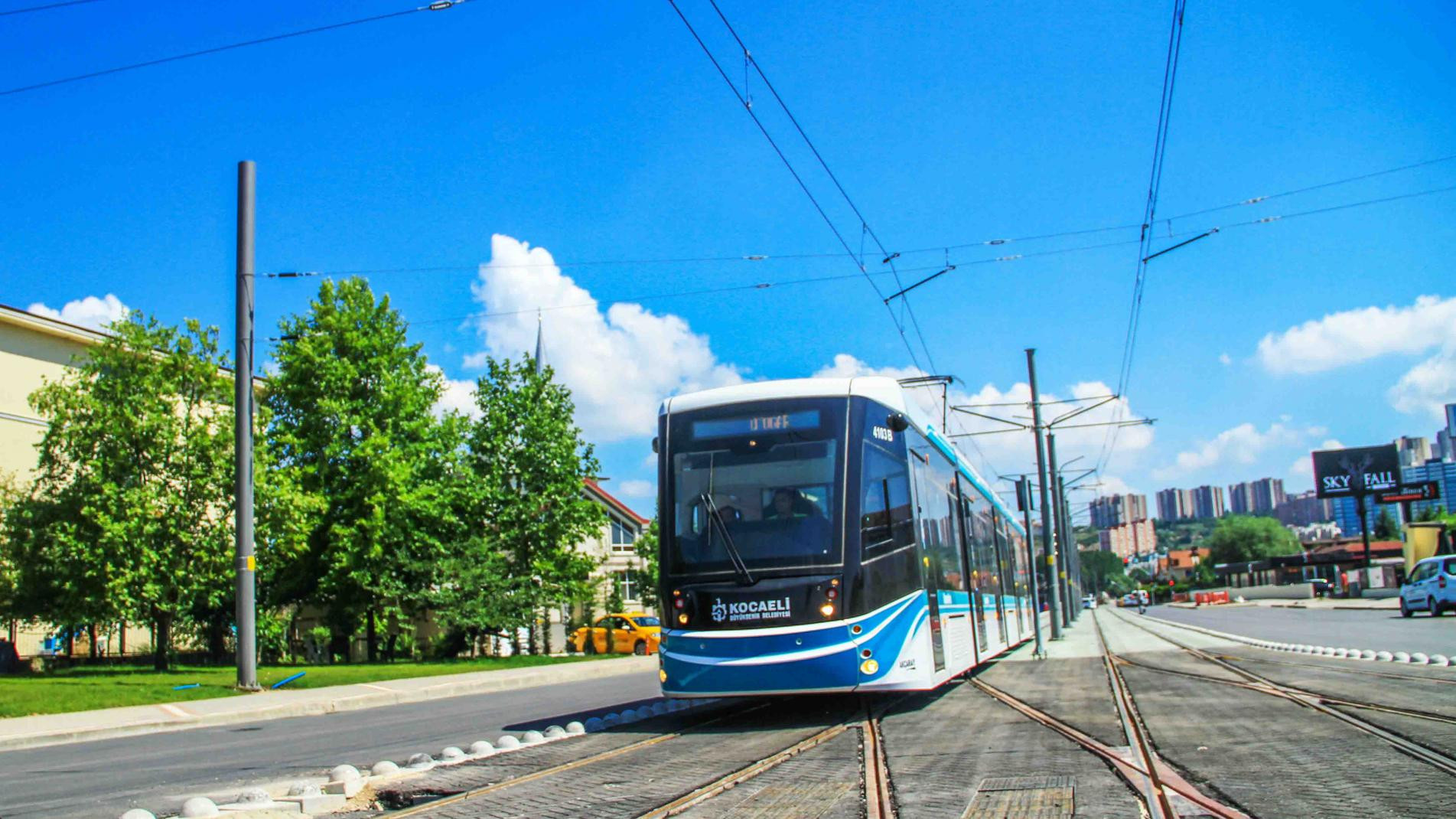 Within the scope of the work, implementation projects have been conducted by selecting the most appropriate alternative among the alternative tramway routes projected in line with the travel demands identified in the 2035 Kocaeli Transportation Master Plan.

Planned tramline route starts from Sekapark Intersection in the west and turns to Gümrük Street via TCDD Railway Station and Hürriyet Street. The tramline that continues along Şehabettin Bilgisu Street and turns to İzmit İstanbul Side Road from the southern front of the Governor's Mansion, contiues parallel to the side road from that point up to Hafız Binbaşı Street and then turns to this street and follows Şehit Rafet Karaca Street from the Perşembe Market. Tramway route that continues on the Şehit Rafet Karaca Street up to the Doğu Kışla Youth Park, turns to Mustafa Kemal Boulevard via Köse Street. From that point it passes to Necip Fazıl Street and ends at the İzmit Intercity Bus Terminal via Sarı Mimoza, Salkım Söğüt and Hanlı Streets.

The start and end points of the route are important transfer points for both İzmit and Kocaeli. The starting point in the west will be integrated with the west terminal and provide intercity transportation with the high speed train line coming from İstanbul. It will also become an important part of the city's public transport system by enabling transfers to many public transport lines in the city. Connection of the bus station area as the end point of the route to the tramline will strengthen the city connection of city and intercity transportation.

Tramline between Sekapark and Otogar is surrounded by two transfer points that are important for the city and various commercial, recreational and educational facilities along the route.

Kocaeli Sekapark-Otogar Tramline Project which was opened in 2017 is 7,22km long and it has 11 stations. The average operating speed of the two-way tramline for the Sekapark-Otogar Tramway Line operation is 18 km/h. Total rotation time of the line that takes ~24 minutes in single direction will be ~52 minutes. Thus, the system will be able to make 26 trips in peak hour with 2.30 minute trip intervals in the target year 2035. Based on the operating features, the hourly capacity of the system will reach to 8.070 passengers in single direction by 2040.