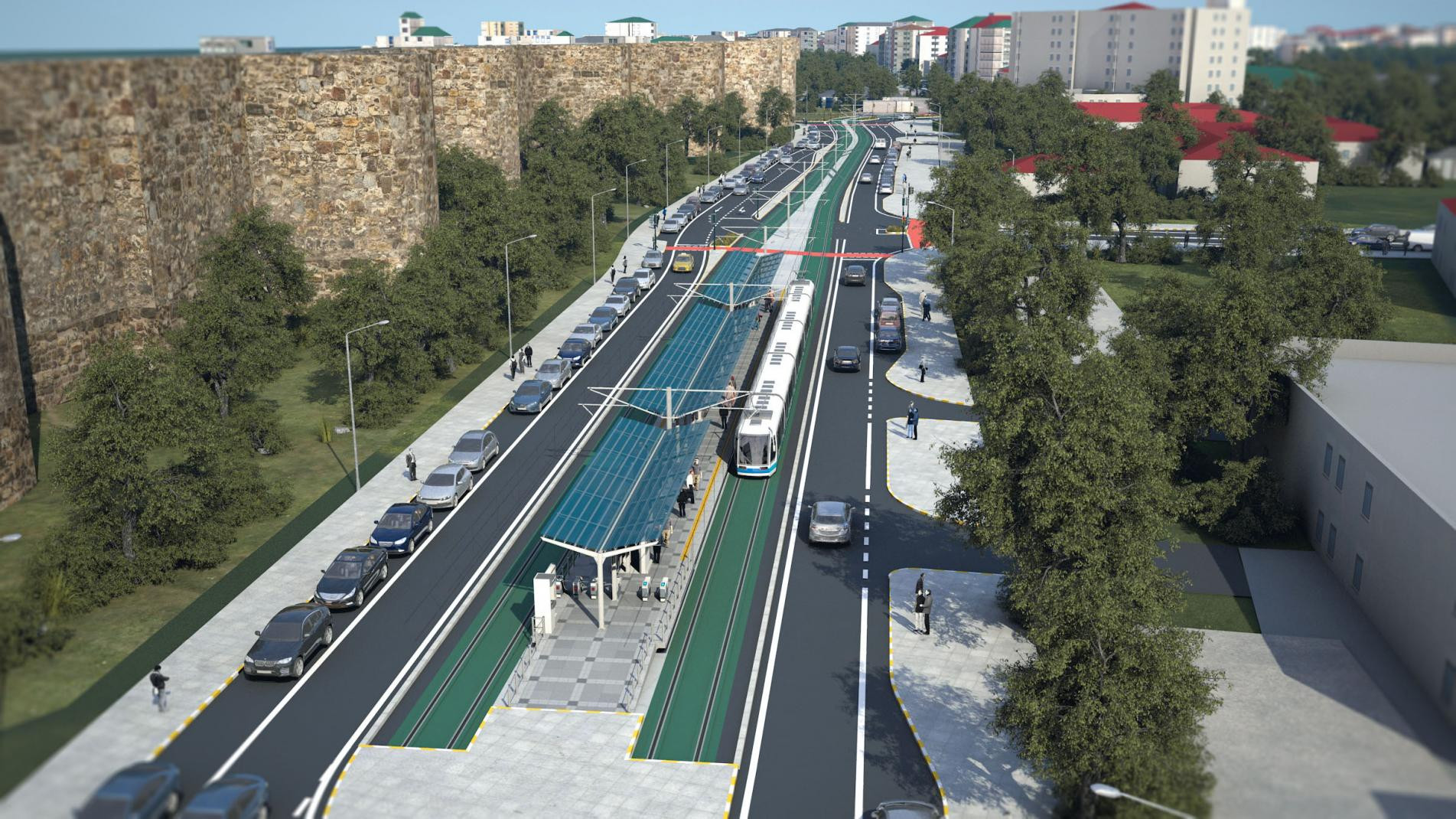 Dağkapı-Gazi Yaşargil Eğitim Araştırma Hastanesi (EAH) Tram Line route, which was planned as a priority in the master plan (DUAP-2025) study, was completed in 2012 and the target year is 2025. The transportation master plan Revision within the scope of Diyarbakır 2040, as a result of the studies have been revised in order to expand the service area of the town centre.  In this context, preliminary project and feasibility studies were prepared by conducting a transportation study of the tram line. The T1 Dağkapı-Gazi Yaşargil EAH Tram Line, which is included in the 2040 Diyarbakır Transportation Master Plan, has been submitted to AYGM's approval and the appropriate opinion of the transportation master plan has been obtained.

The entire rail system route is planned as a line with direct fixation to concrete. The line is located in the middle of the highway, parallel to the road traffic, separated from the level and vehicle traffic. Signalized level crossings have been designed at the intersection segments along the route. As for the line obstacles, 2 types are designed. Divided traffic is designated as a superstructure type and level traffic is designated as a superstructure type.

As part of the feasibility studies, it was examined whether the line is financially and economically viable. Within the scope of financial analysis, 2 scenarios related to the financing of the project were created and the financial evaluation of the project was carried out by comparing the financing models. The benefits and costs that will arise in the event of the construction of the T1 Dağkapı-Gazi Yaşargil EAH Tram Line, which is the subject of investment, have been evaluated from the point of view of the national economy and its economic analysis has been carried out in detail. In addition to these, a risk analysis of the project investment was made in order to determine the variables that affect the expected return of the investment and the amount of their change.