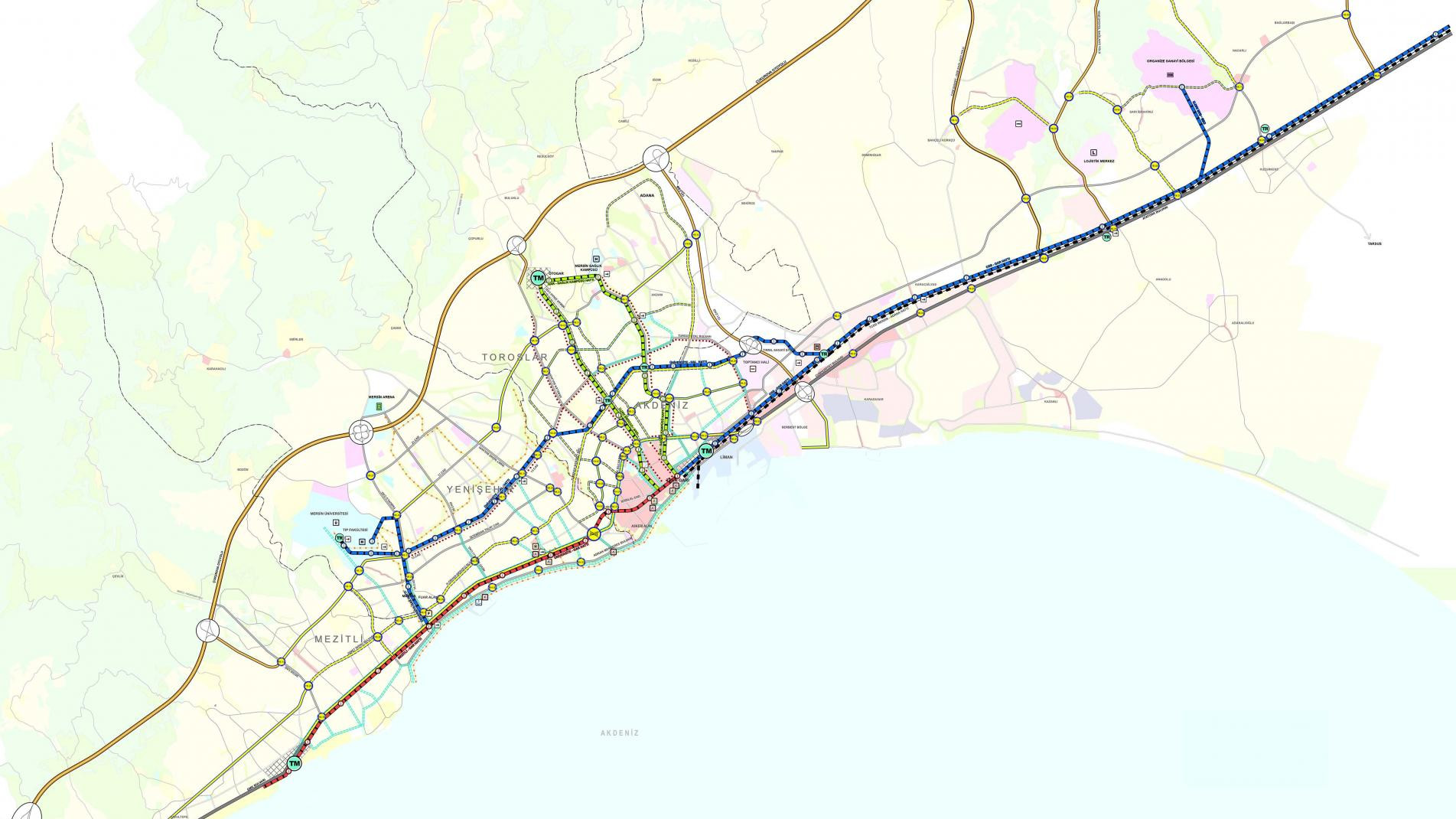 Mersin is one of the important urban centers of the Chukurova Region and the country. The linear macroform of the city has led to the formation of bottlenecks in transportation due to urban development. The Mersin Transportation Master Plan (MUAP), which was first prepared by us in 2010, was revised in accordance with the principles of sustainable urban transportation planning by us with the expansion of the metropolitan municipality borders in 2015.

In the MUAP Modeling Study, the 4-stage transportation demand forecasting model method was used and the current transportation characteristics of Mersin were determined. Projections of variables such as population, employment, number of automobiles, average household income for the 2030 target year have been made and the expected problems and bottlenecks in transportation in the future have been revealed.

With the holistic planning approach, short, medium and long-term investment decisions regarding all transportation systems in the city were made. 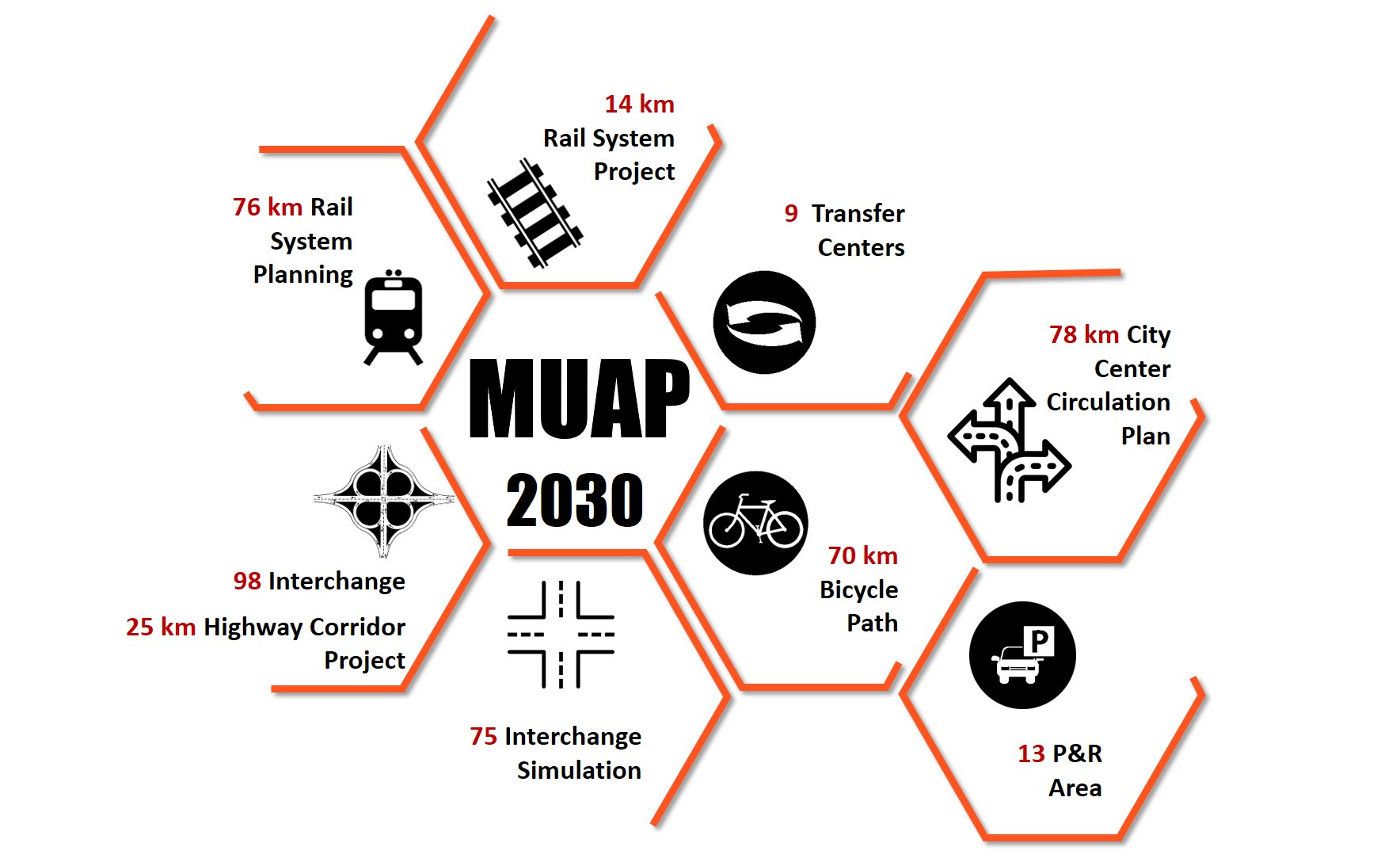