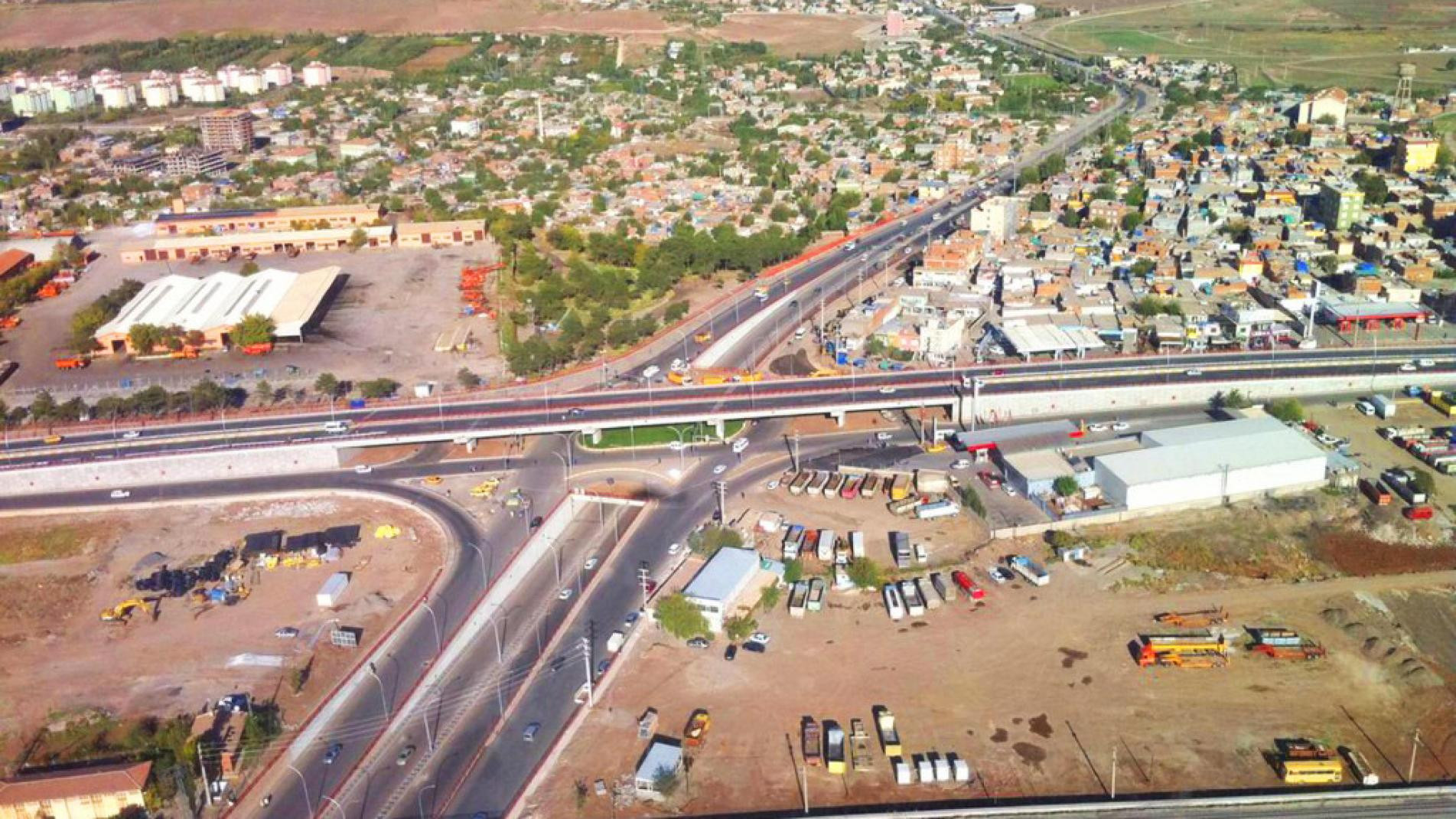 The work includes multilevel juntion and access roads designed at the intersection of Silvan Road and Elazığ Street used for intercity transport and as ring roads in the Seyrantepe area which is to the northwest of the Diyarbakır city center.

In the Şanlıurfa-Silvan direction, Silvan Road Intersection Area became a transit pass with an underpass. Seyrantepe Intersection Bridge is a steep bridge with a single opening. Bridge opening is 21.30m. Bridge superstructure is 88.25m wide and there are 111 prestressed pretensioned precast adjacent I-beams with 75cm height in the cross section. The junction was organized with a road width of 9m on the bridge. Urfa - Silvan road continues under the bridge.

For the Turkish Railways line on the route, the road was lowered 2-3m and the railway was elevated 3-4m to ensure min. 5m clearance on the main road which provides transit pass in Şanlıurfa-Silvan direction. The bridge is 63m long, 12m wide and has 3 openings.

Within the scope of the work, 1 multilevel junction, 1 underpass, 500m viaduct, a total of 6km highway route implementation project was prepared. Construction works were completed and it was opened in 2010.