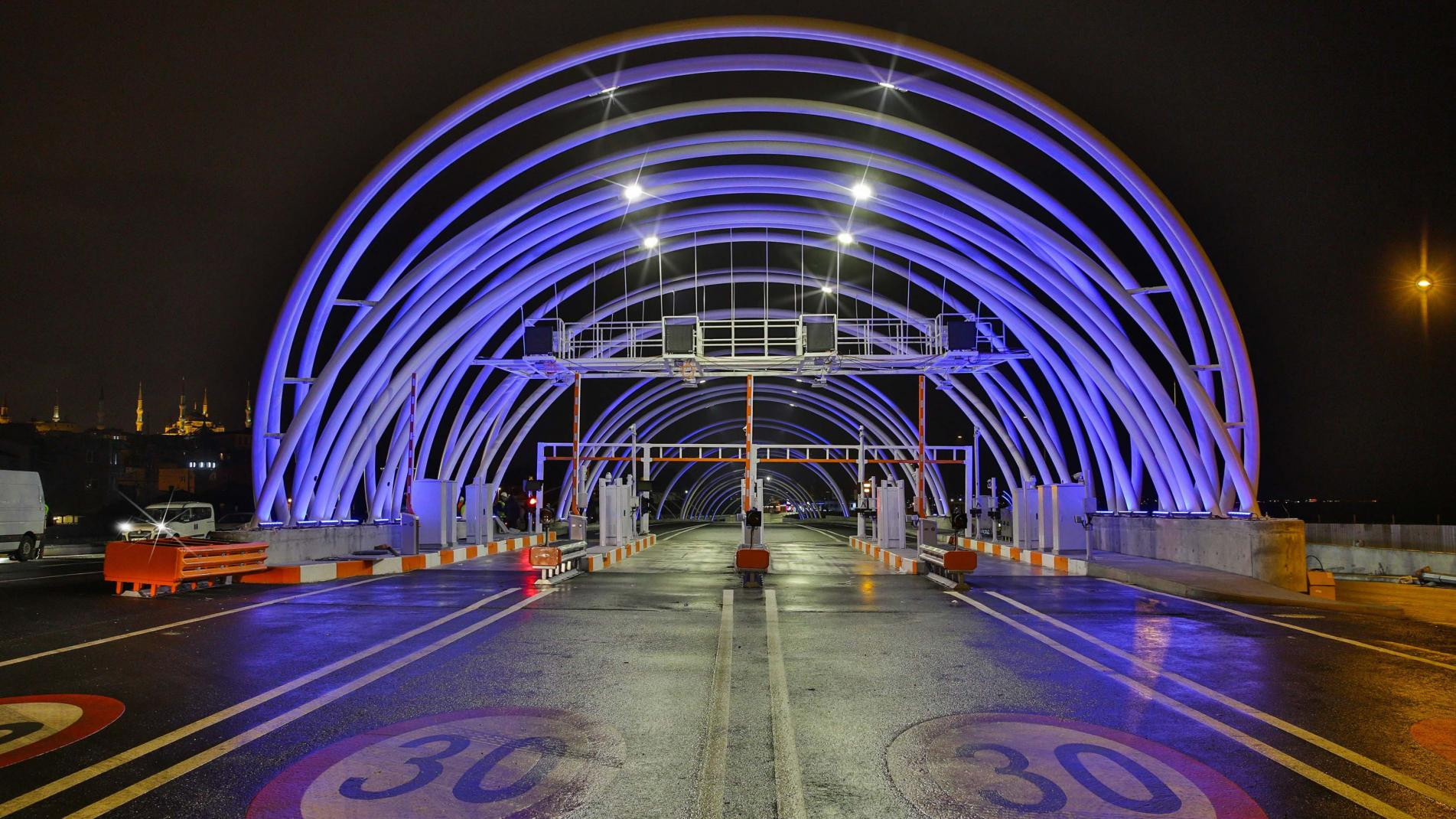 Eurasia Tunnel which is one of the most prestigious projects of İstanbul was opened on 20th of December 2016. The project area consists of the tunnel and approach roads on both European and Asian side. The route starts on Florya-Sirkeci Coastal Road (Kennedy Boulevard) near Kazlıçesme on the European Side and connects to Ankara State Highway (D-100) around Göztepe Interchange on the Asian Side. D-100 on the Asian side is a 3 lane road in each direction. This segment is heavily used for both local and transit traffic. Florya-Sirkeci is a coastal road with two lanes in each direction separated with a 2 lane transit road in the European side of the project. It was aimed to add Eurasian Corridor covering a total of 14.6 corridor as an alternative to the three bridges connecting two sides of İstanbul in order to alleviate the traffic load on the bridges and shorten the travel time between Kazlıçeşme and Göztepe. 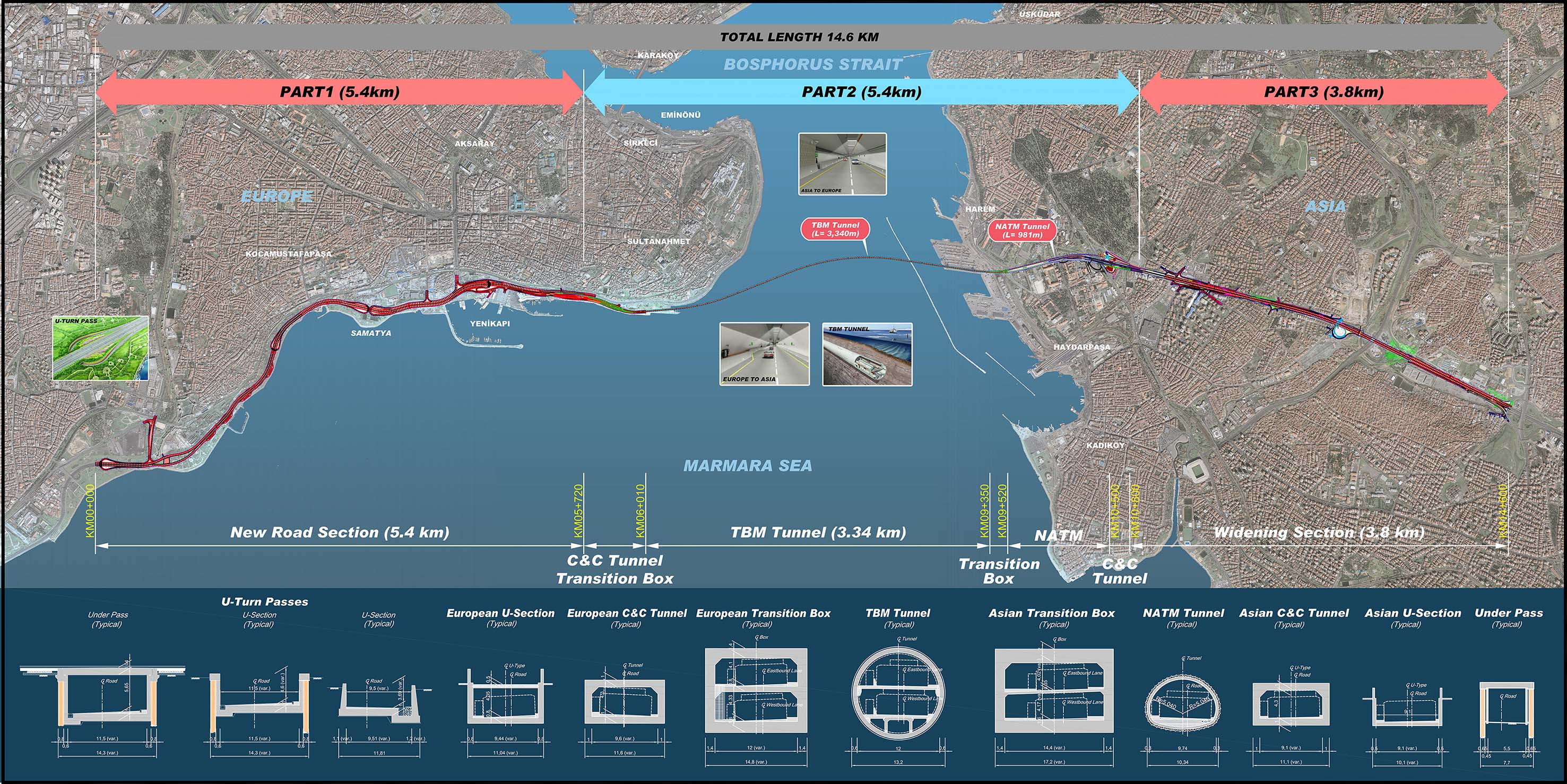 Traffic analysis are made according to detailed projects, which evaluated as a whole with the traffic system. Traffic Management Projects are planned for the construction phases. Temporary and permanent traffic marking projects, landscape designs and lighting projects are also prepared for these phases.