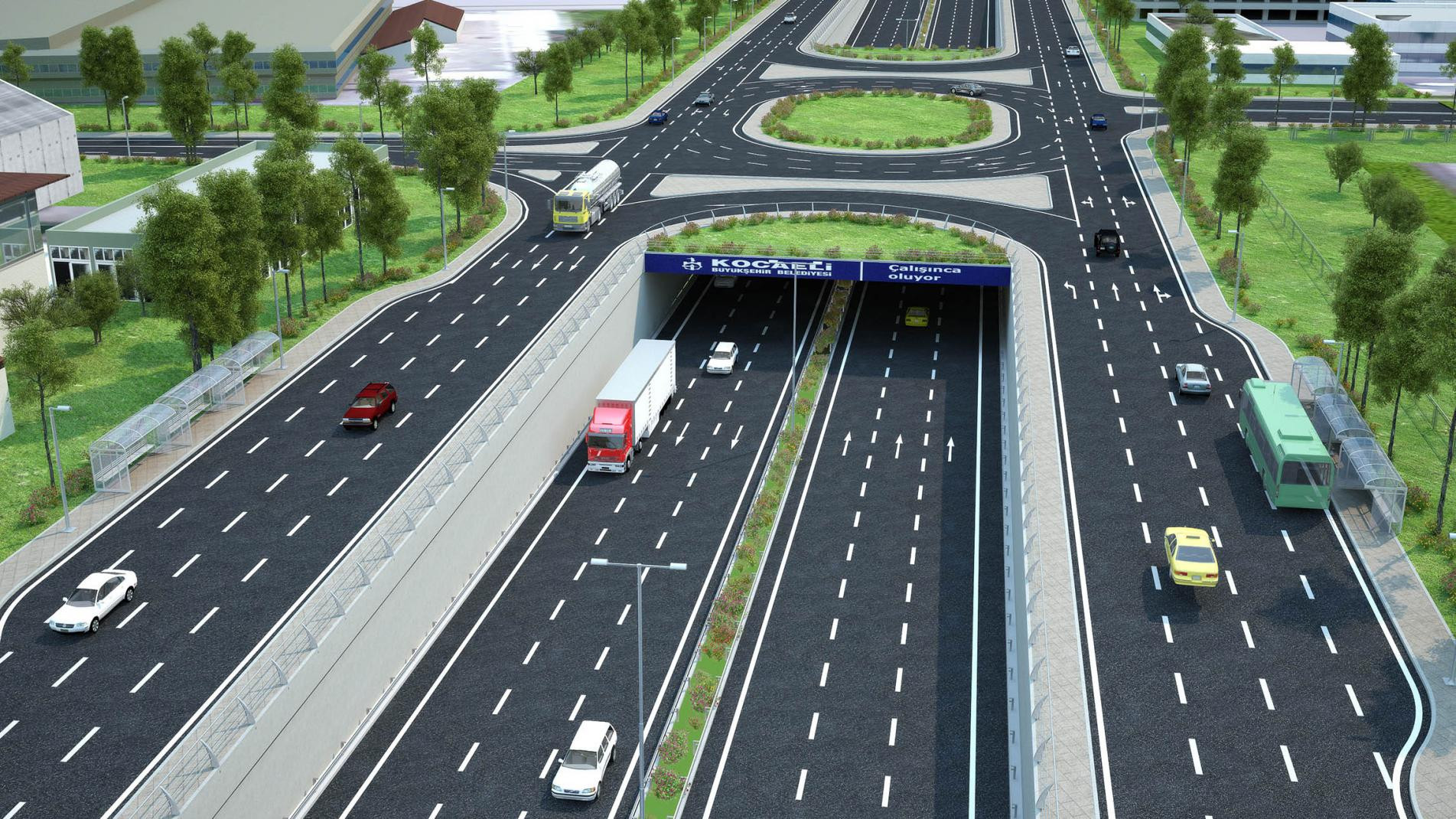 Aşıroğlu Street is one of the two major axes which provides transportation of Darıca county to D-100. Access to D-100 side roads will be provided by the bridge through the Marmaray project with continuing construction. Upon opening of Marmaray in the future, Osmangazi station to be built in this area will become one of the major attraction areas and increase the current traffic load.

The project area starts at Km:38+200 after crossing the Çayırova junction towards İzmit and ends at Km:40+700 after crossing the intersection of Aşıroğlu Street and Ankara Street via the underpass. D-100 highway, which serves as a three-lane divided road after said junction arrangement, increased to four lanes taking into consideration the lane balances and the gridlock distances between the sections of Km:38+240 - Km:38+850 and Km:39+660 - Km:39+820. As a result of these lane additions, side road platform was also changed and shifted. Side roads that are currently operated as two-lane and two-way are planned to serve as one-way with the junction arrangement made.

Aşıroğulu Junction is designed as a piled underpass with ~32m opening, 130m closed section and a conventional retaining wall is built with 1050m piled shoring. With the intersection planned, transportation is provided between Çayırova and Darıca counties and traffic safety is increased making side roads one-way. The construction was completed and it was opened by Kocaeli Metropolitan Municipality in 2014.